Showing posts from March, 2008
Show all

The Street of Silver Lining 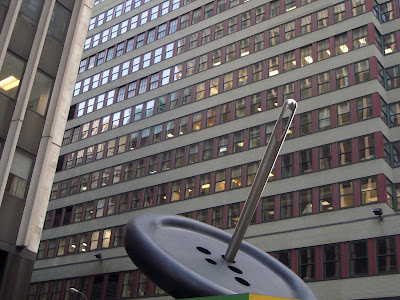 I hear that in New York, where many people don’t drive, your coat is like your car. I figure I must have a good one, so mine is Italian. I have the coat for a couple of seasons, and I receive enough compliments to keep wearing it when it’s cold out. But, wear and tear is inevitable, especially with me driving. Last year I have the lining repaired. I try to do this again this year, but I cannot find the proper material to match and the tear in the lining is too severe. I decide to change the lining. I once read that the comedian Robin Williams checks his coat at the sort of New York establishment that has a coat check. To the coat check girl, the jacket appears ordinary; however the lining is bright orange. She notes that this hidden flamboyance is very suitable to his character. I say he looks off his trolley just by looking at him. I do not presume to have hidden flamboyance, nor am I a comedian. I want a color that looks both plush and presentable. I go for blue. It is my favorite co
Post a Comment
Read more 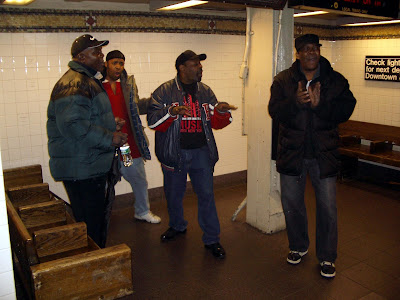 Everyone in New York knows you get to Carnegie Hall by practicing. At the 57th street subway station on Saturday afternoon, four men are doing just that. There’s another way to get to Carnegie Hall: climb the steps. At this subway stop, just below Carnegie Hall, there’s an alcove waiting area. It is sandwiched between the men’s and women’s bathrooms which are open at the whim of the attendant. These whims are generally not favorable. The acoustics, however, are. It’s where the Doo-Wop groups from all over New York City convene to practice and perform, singing tunes of the 50’s and 60’s, from groups like the Platters, Coasters, and Drifters, some Sam Cooke, and a few gospel standards. Purists call this music group harmony and it best describes what you hear. The long-running WFUV radio program Group Harmony Review is hosted every Saturday night by Dan Romanello since the days when this music regularly tops the charts. It is where I first discover the music. It is the sound of old school
2 comments
Read more

On Saturday I visit a casting agency in Times Square. The offices are on Broadway, right above the Bubba Gump Shrimp Co. I am answering an ad on Craigslist for paid extras. The agency is called Actor’s Rep. It’s one of these charm schools that charges 10% commission only after you get work. It sounds straightforward and unfortunately legit. I’m in for the interview. I sign my name and telephone number into the register and sit to watch a video about the agency. The boss appears on screen, then a few folks gush about the gigs they land. The whole production has the whiff of an infomercial. (They provide bodies for that too.) The assistant, Deanna, cuts the show short and invites me into her office overlooking Times Square. I talk more than she does. This is always the case. She tells me I will be good for Law & Order. I tell her my brother once has a speaking role on that very show. She tells me she is from Kansas. I resist the urge to quote a line from The Wizard of Oz. I am done m
4 comments
Read more
More posts