The Apple In Winter 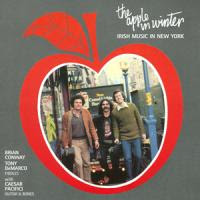 The Apple In Winter: Irish Music in New York.


One of the great lost albums of New York's musical heritage, recorded 25 years ago on Green Linnet Records. 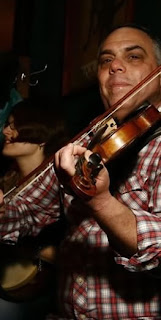 Tony Demarco looks like he could be an associate of the Gambino family, though his line of work is legitimately more lucrative; he is a commodities trader on the New York Board of Trade.

Tony DeMarco is New York Irish though his last name belies his heritage. He grew up in Brooklyn with an Italian father and Irish mother.

Italians and Irish intermarry for generations. Their shared Catholic religion lubricates the relations.

And the Italian women are eager to sign-off their multi-syllable surnames for names like Flynn, as my cousin Diane exchanges for Vigliotti.

I run into Tony a few times around town, always below 14th Street. Last I see him is at NYU’s Glucksman Ireland House for a Brendan Mulvihill concert.

Brendan Mulvihill's father teaches Irish fiddle in the Bronx for many years, one of his students is Brian Conway, the man on the right on The Apple in Winter album cover.

Brian Conway is now an assistant D.A. in White Plains. He plays a concert at The Mount Kisco Public Library a few years ago which I attend.

I buy the album from him and eventually find the weekly sessions at the 11th Street Bar. It takes a conversation with Tony to trace all this back.

I am a loyal reader of Peter Applebome who writes the Our Town column that appears weekly in The New York Times.

The articles often assume an elegiac tone, the closing of this, the departing of that, another end of an era in some hamlet, village, or burg. I guess that makes it newsworthy. Something is opening, something is closing.

In this recent article an Irish Jam session at a bar up the River has its last hoorah.

Let us all remember things past.

I live in New York City where the lights still shine bright.


The story I'm telling does not qualify as hard news. I write like the features section of a rural paper that every four years recycles local stories, like that of the farm that perennially produces prize-winning pumpkins.

Here’s the nugget of news for the newsies:

One of the best Irish fiddlers in America plays every Sunday night at the 11th Street Bar in the East Village for free.

Here’s what isn’t news: he's been playing there over a decade and has no plans of leaving.

The 11th Street bar is a classic pub. It has a long bar, big round tables in the back, and seats in the window, where the precious might compose a poem.

On Friday nights the tables in back are packed with gaggles of girls.

On this Sunday night though, at 9 p.m. the bar is dead.

Rock and Roll never starts on time; neither do Irish fiddlers. But by 10 p.m. the bar is hopping.

A young lady arrives alone, sits down next to me and buys me a drink before I realize she is either crazy or drunk, and possibly both.

She's not stupid, she says. She is a graduate of Southern Methodist (the alma mater of Laura Bush). "One of the best Ivy League schools in the country."

But you don't need an Ivy League degree to appreciate the music.


I wear a look of -I'm not with her- as she repeatedly shouts bravissimo! bravissimo! into the silence a minute after the first song concludes.

I escape to the bathroom, return to the music and take my pint to the window seat. By now it is 11 p.m. with a capacity crowd.

I ask Tony to play my favorite Irish fiddle tune. He obliges.

Tell Her I Am